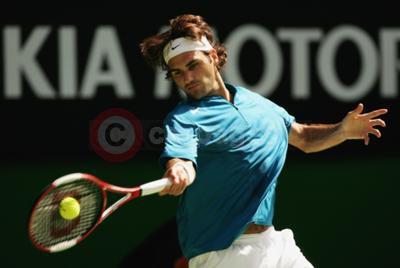 In the same week that the Kia Motors Corporation holds the world premiere of its all-new Rio five-door hatchback model at the Geneva Motor Show, the brand will also receive high profile exposure at 36 tennis venues around the world as the 2005 Davis Cup competition gets underway.

Kia proudly became a global sponsor of the world’s largest annual international team competition in 2003, when the Korean car manufacturer was appointed as the ‘Official Car’ of the worldwide competition. Last year, Kia agreed to reinforce and expand the corporation’s existing Davis Cup sponsorship.

The Davis Cup has become immensely popular with more than 250,000 visitors to the official website for every tie weekend since 2003. Last year’s dramatic final in Spain before a sell-out crowd of 27,000 was transmitted live by 25 broadcasters in 150 countries.

Kia Motors Senior Executive Vice President and COO Yong-Hwan Kim said: "Tennis is a perfect match for our ‘enabling and exciting’ brand attributes and the Davis Cup’s unique combination of innovation and tradition, makes us particularly pleased to maintain strong ties with the Davis Cup during 2005."

When the 2005 Davis Cup begins on 4 March, 180 matches will be played around the world over the three-day weekend. The quarter-finals of the World Group will be played from 15-17 July, the semi-finals from 23-25 September and the final from 2-4 December.