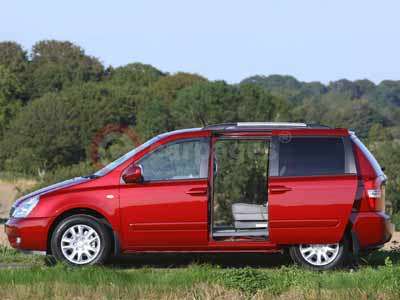 Comedian David Walliams will be taking on the BT Sport Relief Challenge: Walliams vs The Thames with support from the Kia Sedona.

Kia is a supporting partner of Comic Relief for Red Nose Day 2009 and 2011, and has been asked to help out during the eight day challenge, which will see David swim around 140 miles between Lechlade in Gloucestershire and Big Ben in London.

In 2006, David crossed the English Channel, raising £1m for Sport Relief. In 2008, he followed by swimming the Strait of Gibraltar and last year he led a celebrity team of cyclists as the rode from John O'Groats to Land's End for the BT Sport Relief Million Pound Bike Ride.

The Kia Sedona will be responsible for providing the support for David and his team over the eight day event, which started on 5th September 2011. A documentary of the event will be shown in the build up to the Sport Relief Weekend on 23rd-25th March 2011.

Michael Cole, Managing Director of Kia Motors (UK) Limited said: "It has been a privilege for Kia to be involved with the last two Red Nose Day campaigns, so it was took no time at all to decide to help David when the appeal came out to us.

"What David is doing is both dangerous and challenging but will hopefully raise as much money as possible for Sport Relief," he added.