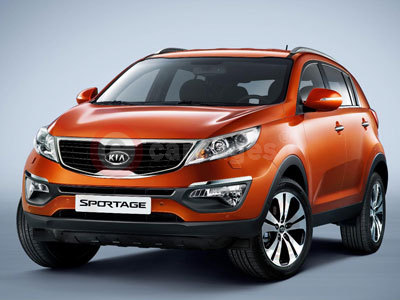 With new highs for the number of cars sold in the month and the quarter and best-ever retail market share figures set, March 2010 saw records tumbling like dominos for Kia.

With 12,277 new cars sold across the country Kia recorded not just its best-ever March but its best-ever month in the UK new-car market. And that helped Kia to a record first quarter with 20,673 vehicles sold during the first three months of 2010 - almost as many as in the whole of 2003!

Kia's retail segment share in March 2010 was 4.45 per cent and for the year to date the share has been 5.17 per cent - both cases up by more than two percentage points compared to the performance in 2009.

The March 2010 performance showed a 93.5 per cent increase over March 2009 - prior to the introduction of the joint Government-industry funded scrappage scheme - when the new car market was suffering from the global economic crisis.

Kia's first quarter performance was even more impressive, showing a dramatic increase of 140 per cent compared to the dramatically-hit first quarter last year. Kia Rio sales were 16 per cent up, Kia cee'd sales were 22 per cent up and Kia Sportage was up by 62 per cent - reflecting the demand for occasional-use four-wheel-drive vehicles following the harsh winter conditions.

Yaser Shabsogh, Sales Director at Kia Motors (UK) Ltd., said: "The industry as a whole is showing how the market has recovered from the dark depths of economic gloom at this time last year.

"But what is heartening is that whilst scrappage has undoubtedly helped new car volumes since May of last year the general retail marketing is currently very strong and dealers are reporting good levels of showroom footfall and healthy orders going forward even without scrappage. In fact our Quarter 1 non-scrappage sales were up by 22 per cent against last year.

"The success of Kia in the first quarter shows that the brand has become a true mainstream competitor amongst retail customers and that is a tribute to the efforts of our dealers over the past year and more." he added.

Shabsogh also pointed to the strong individual model performances as evidence that the brand was finding growing mainstream acceptance with 1,683 Kia Sportage models being delivered during the first quarter and 5,187 Kia cee'd variants being sold in the same period. Kia Rio sales hit 3,586 and Kia Picanto continued as best-seller with 7,720 units being delivered.