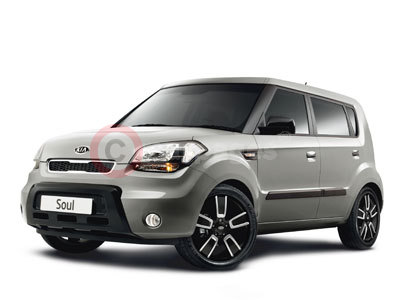 With sales of 50,636 vehicles in 2009 Kia Motors (UK) Ltd., has smashed records for the brand both in Britain and across Europe.

This is the first time any Kia subsidiary has broken the 50,000 sales mark in any European country and in the UK it represents a massive boost for the brand's recognition and popularity amongst new car buyers.

Michael Cole, Managing Director said: "2009 has been a phenomenal year for Kia and we are extremely proud to be the first market in Europe to break such an important psychological barrier.

"Undoubtedly we have benefited from the Government's scrappage scheme but the retail non-scrappage performance was up - and that comes on top of an improved performance in 2008 when Kia was one of very few brands to end a year that saw the start of the recession in positive territory.

"The scrappage scheme has helped our dealers and their employees to keep going in the face of considerable difficulties but no-one should underestimate the appeal of our high quality, good-value range of cars for retail customers. Our increased retail share of 3.7 per cent shows that the Kia brand has attracted more private buyers than ever before," he added.

Kia's best selling vehicle was the Kia Picanto with 16,803 customers choosing the brand's cheeky city car. The European designed and built Kia cee'd was the marque's next best seller, hitting a total of 12,900 in 2009. The Kia Soul - launched in March 2009 - reached expectations with 2,938 sold and the revised and now European-built Kia Sportage recording 3,939 sales.

Cole added: "2010 will clearly be more difficult in overall terms because of the end of the scrappage scheme, but in response to that Kia has announced that all its products sold in Europe will now be covered by the seven year warranty previously only applied to cee'd and Sportage.

"Plus in February we launch our stylish yet capacious and flexible Venga and an all-new replacement for the ever-popular Sorento. So whilst we do expect the overall market to fall back in 2010 we are confident of holding our improved market share and we shall be expecting year-end sales in excess of 40,000. Based on the interest and demand from retail customers this year I believe that figure might be conservative," he concluded.