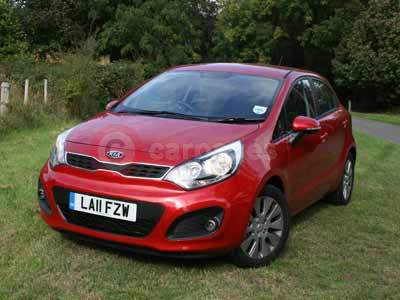 Kia has undergone a transformation in recent years. The South Korean car company owned by Hyundai has long been known for budget models that were a cut-price alternative for better-designed European cars. Older Kias were no match visually or dynamically for the best of their Euro-built rivals, but they achieved modest popularity through keen pricing and a generous warranty.

Rising ambition by the Koreans started to push Kia to greater prominence, and a steady improvement in the quality of successive models began to grow sales. Then Kia rode the crest of the scrappage wave, and become better known with increasing numbers of its cars appearing on the roads, commanding a growing respect. Meanwhile significant changes were being made at the company's Seoul headquarters. Kia has gained increasing momentum through heavy investment in research and development, and the recruitment of talented German Peter Schreyer as the company's design chief. Under his influence Kia's latest models have become more aesthetically more appealing.

The new Rio continues the tradition of keen pricing, but it has contemporary styling and has taken a distinct step up in quality and driving calibre compared with its predecessor. The five-door model available from launch is being joined by a three-door version from early 2012. There is a choice of 1.2 and 1.4 litre petrol and 1.1 and 1.4 litre diesel engines. Notable amongst them is a new 1.1 litre diesel with an 85 g/km CO2 output and an 88.3 mpg combined average fuel figure, making it the world's greenest non-electric production car.

Prices for the Kia Rio five-door range start from £10,595. The most popular version is anticipated to be the 1.4 litre petrol model in mid-range trim level 2, the car tested here.

The engine in our test car is a 1.4 litre twin-cam petrol unit with a power output of 106 bhp. It features continuously variable valve timing, and gives the car quite lively performance for its size. Kia has paired it with a six-speed gearbox, which provides good flexibility and the cruising top gear helps achieve the car's overall 51.4 mpg fuel consumption.

Most of the time the engine does its job reasonably quietly and it is quite refined for a car this size, although there is quite a busy tone to the engine note at motorway speed. It becomes a bit more vocal if you are in a hurry and adopt a press-on driving style, keeping the revs high. It does need to be revved to stir the performance, but at a more leisurely pace it will potter along pleasantly and is a relaxing car to drive with light, easy controls. Gear-change quality is reasonably good, but can be a bit notchy in action.