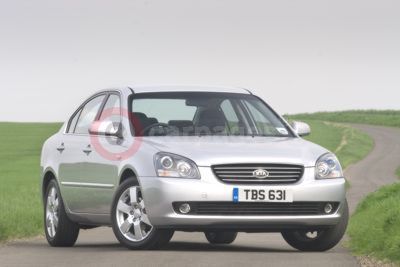 Kia plans an aggressive fleet marketing policy with the all-new Magentis as it seeks to build on the 59% rise achieved in its fleet sales during 2005.

Magentis begins Kia’s assault on the fleet market that will be followed up by two all new MPVs and a new C-segment car, putting the Korean company in position to further increase its 1.2% market share.

Alex Smith, Commercial Director of Kia Motors (UK) Limited said: "Our growth last year was due to Kia branching into the contract hire market and providing dealer contract hire solutions as well as focussing on increasing residual values. Magentis is set to continue this growth by targeting user-choosers and small businesses with a competitive offering encompassing maximum value with low operating costs.

"For the first time Magentis is available with a highly efficient common-rail turbodiesel engine and with carbon dioxide (CO2) output of 162g/km placing it in the 22% benefit-in-kind (BIK) band and costing the tax payer just £62.50 a month to drive the GS model."

Kia's new diesel is a second-generation common-rail unit with a variable geometry turbocharger contributing towards highly-competitive power and torque outputs of 138bhp and 305Nm. With a six-speed manual gearbox it is capable of 47.0mpg on the combined cycle.

That same driver would be only marginally worse off by choosing the highly-efficient petrol 2.0-litre. Kia's new Theta engine develops 143bhp and 189Nm and, in five-speed manual form, does 36.7mpg on the combined cycle while producing 184g/km of CO2 in GS trim. That puts it in the 23% BIK band.

Compare that with the 2.0-litre engine in the old Magentis, which had less power and torque but covered only 32.8mpg on the combined cycle. Meanwhile, a CO2 output of 204g/km saw it rated at 27% for BIK.

The 185bhp 2.7-litre V6 also comes out well compared with the previous 2.5-litre V6 in the old Magentis. It is significantly smoother, more powerful and offers more torque and has a five-speed automatic gearbox as standard, all contributing towards greater performance. Yet it is more than 3mpg more efficient and sits in the same 31% BIK band.

The new V6 will also save operators money on routine servicing. Over 60,000 miles, scheduled costs are more than £350 lower than those for the 2.5-litre V6, while the new 2.0-litre petrol reduces servicing bills by more than £110 over the same mileage compared with its predecessor.

Value all down the line

Kia's unbeatable value for money is evident throughout the range, even accounting for the substantial improvements to every aspect of the car when compared with the outgoing model.

And the fleet 'bibles' are predicting that residual values will be much better than those of best-selling competitors like the Vauxhall Vectra, Ford Mondeo and Mazda6, and close to those of the best in class. Glass's Guide expects a 32% retained value for the diesel over 60,000 miles, and 31% for the 2.0-litre petrol.

The full range is:

Kia Magentis Images may not be UK specification cars. Colours and exterior and/or interior elements may differ from actual models.