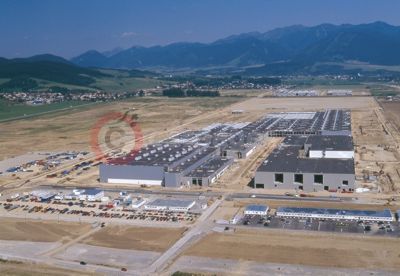 The construction of Kia’s new factory in Slovakia is gearing up with just over a year to go to first production.

The Euro 1 billion plant being built in Zilina, 200 kilometres north-east from Bratislava will have an eventual capacity of 300,000 units a year and signifies Kia’s major commitment to the European market. The company is also constructing a new European headquarters and design centre in the centre of Frankfurt alongside the Messe which hosts the bi-annual motor show.

The Kia Motors Slovakia facility will create more than 3,000 jobs in the Zilina region and a number of suppliers are also constructing plants either alongside the new factory or in nearby regions. In total more than 10,000 jobs will be generated by the factory.

More than 600 employees will have been hired by the end of this year and so far more than 4,500 job applications have been received with two-thirds having a university education and English language skills.

The Zilina factory will build a range of products for European markets but final decisions on exact production plans have not yet been made. However, construction of the presses and assembly lines has commenced with the first car expected to roll off the lines before the end of next year.

Kia has selected a number of tier-one suppliers for the plant including existing partners Hyundai Mobis and Hyundai Hysco. Other suppliers include Johnson Controls and PHA (Arvin Meritor) for seats and door modules.