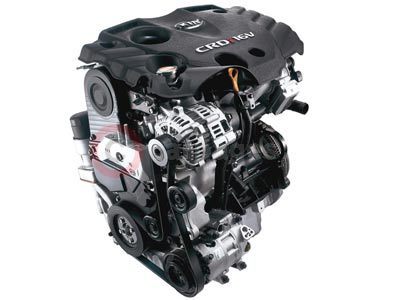 The facility also produces the Kia cee'd, Sportage and will soon produce the Kia Venga. The KMS plant assembles finished units from components which are produced on site as well as parts supplied from European partners including Nemak and ZF Zachs.

Of the 1,350 units produced each day, 60 per cent of these are petrol, with the remainder being diesel. The plant currently has a capacity for 300,000 units, but will shortly be increased to 450,000 on a three year shift basis, following a Euro 100million expansion programme.

"We are particularly proud to have produced one million engines within less than five years since the volume production was launched," said Myung-Chul Chung, President and CEO of Kia Motors Slovakia. "And our expansion plan will allow us to become one of the biggest automotive engine manufacturing sites in Central Europe."