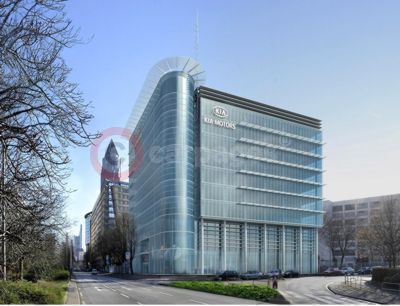 Kia Motors has announced a state-of-the-art design centre will be created at its new European headquarters currently under construction in the centre of Frankfurt, Germany.

The design centre will be fully independent from its sister company Hyundai Motor and marks a significant change in strategy, as all the other existing design centres located throughout the world are jointly operated.

With its separate facility, Kia Motors will be able to further strengthen its goal of designing high quality vehicles, with European-oriented style and performance, that are especially in tune with the needs and desires of the booming number of Kia customers throughout Europe.

These latest plans clearly signal Kia’s continuing strong commitment to Europe, which has become Kia’s largest export market in 2005. Over the past two years, Kia has been the fastest growing automotive brand in Europe.

Kia’s stellar performance was confirmed in a recent release from the ACEA (Association des Constructeurs Européens d’Automobiles), which showed Kia leading the pack in Europe among all automakers for growth rate in terms of new car registrations for May as well as the first five months of this year.

Yong-Hwan Kim, Senior Executive Vice President and COO of Kia Motors Corporation, stated, "As part of our global expansion plan, building a separate design centre in Europe is an important and timely step in order to further differentiate Kia’s product range from Hyundai and our competitors."

In addition to the design centre, the new building, alongside Frankfurt’s main showground where the bi-annual motor show is held, will be used by Kia Motors Europe to house its pan-European sales, marketing and after-sales operations, plus a sales academy, a technical service centre and the company’s pan-European IT hub.

Kia’s first European assembly plant is currently under construction in Zilina, Slovakia, and is on schedule to begin production at the end of 2006. The European headquarters will be the main trading partner for all Kia vehicles from Slovakia and Korea.

The construction of an integrated building for Kia Motors Europe’s new headquarters and design centre is expected to be finished by February 2007 and ready to begin operations in March 2007. It will accommodate a total of 350 Kia personnel and other staff from affiliated groups in Europe.