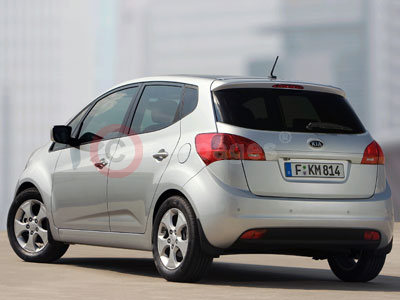 Kia Motors produced its 500,000th car at its plant near Zilina in Slovakia when a white Kia cee'd SW rolled off the assembly lines.

Volume production began in December 2006 - less than two years after the ground was broken on Kia's first European production facility. The New Year also saw the factory commence production of the Hyundai ix35 - the third model in its production portfolio.

"I am very proud that we are achieving a high efficiency of production as well as the highest-quality cars in our factory," said In-Kyu Bae, President and CEO of Kia Motors Slovakia.

Kia donated the 500,000th vehicle to the Transplantation Centre in nearby Martin as part of its local community support activities.

"This car will be used for transfers of surgery teams and organs for transplantation in Slovakia. Thanks to this donation, we can improve and increase the safety of our work aimed at saving lives," said Viliam Grajciar, Economy Deputy of the Faculty Hospital in Martin.

Kia Motors Slovakia plans to keep employment levels at the plant at 2,800 in 2010 and increase the number of cars produced thanks to the introduction of two new models. Volume production of the new Hyundai ix35 was launched on 15th January 2010, and a brand new Kia Sportage will be produced from June 2010.

In 2009 Kia Motors Slovakia produced more than 150,000 cars. More than 38% of production was of the Kia cee'd five-door version. Last year, 21% of all vehicles produced were exported to Russia, the factory's largest single export market.

Kia Motors Slovakia also produces engines and in 2009 built more than 243,000 units - a 37% increase year-on-year. The number of engines built increased significantly due to the introduction of a three-shift operation launched in September 2009 to supply engines to Hyundai Motor Manufacturing Czech in Nosovice. Besides 1.4 and 1.6-litre petrol and 1.6 and 2.0-litre diesel engine, the company also started production of a new 1.4-litre diesel - to be introduced in the all-new Kia Venga that goes on sale in the UK from 1st February 2010.