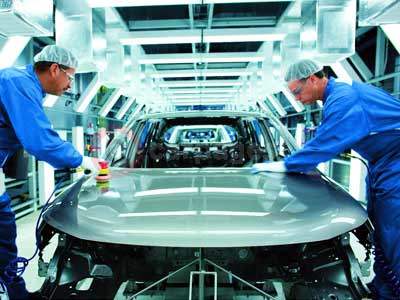 Kia will expand its US manufacturing plant in Georgia from September 2011 in order to increase production of the new Kia Optima model.

A series of expansion projects are underway at Kia Motors Manufacturing Georgia Inc, in each of the plant's four main shops - stamping, welding, paint and general assembly – in order to raise annual capacity to 360,000 vehicles starting in 2012.

The Kia Optima will be built alongside Kia's best selling vehicle in the US, the Kia Sorento SUV.

With the expansion, 1000 new team members have been hired in preparation for the addition of a third shift, which begins later this month, and increases the total number of jobs at the plant to over 3000.

"The success of the West Point, Georgia plant is the result of the dedication of our team members and the world-class quality that goes into each vehicle we build, the increased volume and addition of new team members is further evidence of our commitment to the U.S. and local economies," said Byung Mo Ahn, Group President and CEO of Kia Motors America and KMMG.

"Kia is experiencing unprecedented growth in the US, led by the best-selling Sorento, and with demand for the critically acclaimed Optima currently outpacing supply we are proud to add the popular sedan as the second Kia vehicle on the production line," he added.

Representing an additional U.S. $100 million investment by Kia Motors in the U.S. $1 billion West Point facility, the projects underway at the plant include: