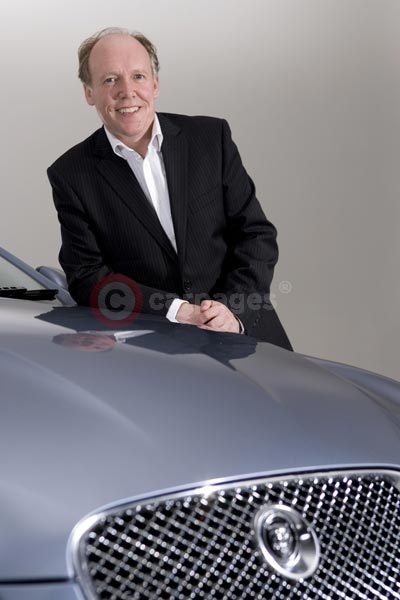 Ian Callum With the Jaguar XF

"It is vital that Walpole not only applauds the achievements made by successful established brands, but that it also continues to support the younger, emerging British brands that will help shape the future of the British luxury industry."

Commenting on his award, Ian Callum said: "I feel honoured to have won this award, particularly from Walpole, which wholly represents the British luxury industry. It is even more gratifying when Jaguar design receives such acknowledgment from outside the car industry."

Ian Callum joined Jaguar in 1999 as Design Director and is responsible for the award-winning XK sports car, voted Top Gear magazine's Car of the Year in 2006 - and the latest addition to the Jaguar model line-up, the Jaguar XF, voted What Car? magazine's 'Car of the Year' in 2008. Ian also led the design teams responsible for Jaguar concept cars including R-Coupe, RD-6, Advanced Lightweight Coupe and the C-XF which was named 'Best in Show' concept by Autoweek at the Detroit Motor Show, 2007.

Walpole is a not-for-profit trade organisation that develops and represents the British Luxury Industry in partnership with over 100 of Britain's most prestigious brands including Claridge's, Jimmy Choo, Burberry and cultural bodies such as the BAFTA, V&A, National Portrait Gallery and VisitBritain.