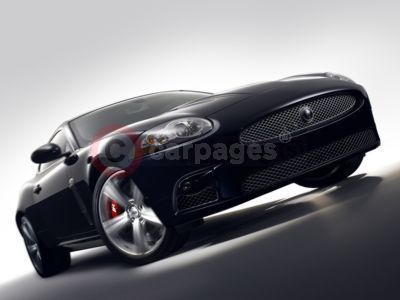 Today at the Canary Wharf Motorexpo, Jaguar revealed a series of enhancements on both the XK and the X-TYPE range for 2008 Model Year.

The Jaguar XK and XKR have both been strengthened further with a range of subtle visual enhancements that deliver customers an unrivalled blend of performance and luxury. With XK sales up almost 20% year-to-date versus 2006, the revisions will build on this strong sales performance when the car goes on sale from July.

The XK epitomises the Jaguar tradition of beautiful, powerful, ground-breaking sports cars, but behind its stunning looks, it bristles with practical, intuitive, modern technology, clearly focussed on enhancing the driving experience.

When the XK was unveiled in the autumn of 2005 and introduced in March 2006, it pushed back the boundaries of GT sports car motoring. The launch of the supercharged XKR at the end of 2006 extended those boundaries even further. The most potent of all Jaguar’s beautiful, fast cars effortlessly straddles the gap between out-and-out performance supercars that struggle to cope with everyday use and more sedate grand tourers that are hampered by excess weight.

Geoff Cousins, UK Managing Director at Jaguar said: “Demand for XK and XKR has remained very strong since the car was launched in the UK last year. The XK has already proven its credentials by winning various awards in the UK since its launch, including the coveted ‘Car of the Year Award’ from both Top Gear magazine and Auto Express magazine during 2006. With these specification enhancements, our customers can now benefit from a better equipped XK and an even stronger value-for-money proposition.”

Enhancements on XK for 2008 Model Year are visual only. One of the more significant changes is the replacement of the telescopic Ariel antenna, which is now subtly concealed in the rear boot spoiler. Other notable improvements adding to the overall quality of the interior are the revised door switch packs with a choice of aluminium or wood inserts, enhanced column stalks with chrome rings and the Piano Black veneer surrounding the instrument control panel and the ‘L’ gate surround.

These improvements have been achieved on XK without generating a price increase. The XK is priced at £60,097 for the coupe and £66,097 for the convertible.

The Jaguar XKR is an impressive sporting GT all-rounder in its class featuring a 4.2-litre, supercharged V8 engine developing 420bhp and 560Nm of torque. Due to the high offtake of specific features on the XKR since it went on sale in the UK, customers can now benefit from an even better value-for-money proposition with additional features standard on both the coupe and convertible.