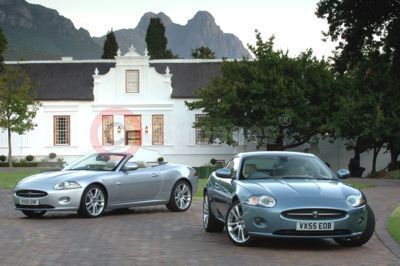 Refinement and rarity will drive the success of the new Jaguar XK coupe and convertible sports cars, according to Jaguar’s managing director Bibiana Boerio.

Since first details of the new XK were released in August 2005, Jaguar has amassed an order bank of 1,500 in the UK and it is steadily rising as part of 4,000 worldwide, Boerio said at the new sportster’s UK press launch last week.

Since 1999 the global market for premium sports cars has doubled and it is now close to 100,000 orders annually. The US is expected to take 40pc of XK sales, twice as many as the UK.

Jaguar has been told by customers they want an everyday sporting model with good looks, occasional rear seats and a useful boot and which is practically equipped and comfortable yet can deliver a driver-focussed experience.

Bibiana Boerio said that the company had made a strategic decision last year to improve unit profitability and while this had seen a decline in registrations, particularly in the US, it did lead to improved profitability and meant its models acquired a greater rarity value as well.

"We believe there is something beneficial in being exclusive and this car will provide that.

"We are also looking at other small markets, such as China, where the profitability is two or three times better than in, say the US.

"The arrival of the XK will be very good for our strategic plan."

Ms Boerio added that part of the strategic thinking meant focussing on models which were in greatest demand and this would be reflected in everything from the top end X-Type to the new XK series. The XK will go on UK sale in March, the US in April and also begin rolling out in Europe about the same time.

Although reluctant to forecast likely XK sales, she said it was her belief they would be more modest than the current series was, but the profitability would be greater.

The latest XK is powered by a 300bhp 4.2 V8 built in Ford Bridgend engine plant and it has been given a more sporty sound as engineers developed a "bark-box" which collects sounds from the inlet tracts and feeds them along a tube to the front bulkhead where they resonate while special valves in the exhaust give the emitted vibrations a deeper note as well.

Sensual pleasure underscores the development of the new XK which has been designed to provide a classic flowing shape over a finely honed chassis and well equipped, luxurious full leather, wood or aluminium trimmed 2+2 cabin.

The convertible features a multi-layered fully electric roof with glass rear window which opens or closes in around 18 seconds.

With its 4.2 engine and six-speed box operated by a lever or wheel paddles, the XK hits 60mph in around 6 seconds and covers the important 50-70mph interval in just over 3.0 seconds while running to an electronically limited 155mph. The coupe weighs 1595KG and the convertible is 1635KG thanks to its aluminium body and that gives it a combined consumption figure of 25mpg.

The new series is being simultaneously launched as a coupe and convertible at £58,995 and £64,955 respectively.