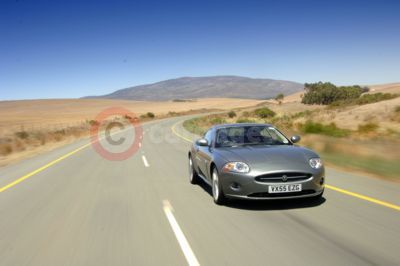 The Jaguar XK has been crowned 'Car of the Year' and 'GT of the Year' at the 2006 Top Gear Awards. This is the first time Jaguar has received this prestigious accolade from the UK's biggest selling motoring publication. The awards were held in London on Thursday 7 th December and were presented by BBC Top Gear TV's Jeremy Clarkson.

Editor of Top Gear magazine Michael Harvey said: "We feel justified in handing OUR BIG ONE to the fabulous XK, a car everyone now recognises as magnificently beautiful, that reclaims the lost role of the Grand Tourer and, we suspect, might reclaim the art of ride/handling compromise in the portfolio of skills any purveyor of so-called luxury cars must possess."

Top Gear's editor in the US, Jamie Kitman said: "This is not only the best Jaguar in 40 years, it is a real Jaguar; one knows it in seconds. Jaguar has thoroughly demonstrated with the XK that it is an utterly serious modern engineering entity with a priceless institutional memory of that which made Jaguars great."

Jaguar's Design Director Ian Callum collected the award for 'Car of the Year'; he said: "It was a tremendous honour to receive this award for the XK and for Jaguar to be recognised for creating such an accomplished vehicle by real enthusiasts such as Top Gear . I feel very proud of everyone at Jaguar responsible for their contribution to the success of this car."

Geoff Cousins, Jaguar's UK Managing Director picked up the 'GT of the Year' award; he said: "We are delighted Top Gear have chosen the XK as their 'GT of the Year' and 'Car of the Year', particularly as the awards represent the views from a panel of judges comprising BBC's Top Gear TV and the magazine. To be the favourite is testament to just how great this car really is, and our sales figures show that the public think so too."

Across Europe and the United States it has also been gaining accolades including 'Austrian Car of the Year' for the convertible and 'Most Chic Car of the Year' by Spain's biggest selling women's magazine, Telva . Other awards were in recognition of exceptional safety features on the car: the Prince Michael Award for Safety and the World Traffic Safety Symposium's Traffic Safety Achievement Award in the Automaker category.