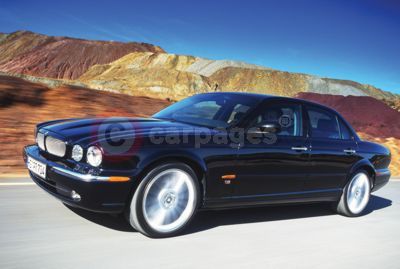 The Jaguar XJ has been named ‘Luxury Car of the Year’ for the second consecutive year at the BusinessCar Awards 2006. Voted solely by BusinessCar readers, the Jaguar XJ was first choice over competition from BMW, Audi and Lexus.

Geoff Cousins, Managing Director of Jaguar in the UK said: “We are delighted to win this award for the second year running, particularly as it was voted for exclusively by BusinessCar readers. This recognition reinforces the growing sales success of XJ in the UK market demonstrated by a 23% increase in 2006, compared with 2005. With the introduction of the diesel engine in 2005, the XJ has become a much more competitive vehicle in both the fleet and retail market.”

Tristan Young, Editor-in-Chief at BusinessCar said: “Despite the launch of a new Mercedes S-Class in the past year, Jaguar’s XJ still took the honours in this class.
There may not be many cars that qualify under the ‘luxury car’ heading, but that doesn’t mean the competition isn’t tough. In fact, at this level competition is arguably tougher than many other segments. For luxury car buyers things have to be just about perfect and the XJ has been voted most perfect.”

In the UK, the Jaguar XJ boasts just over 20% share of the large luxury segment and has historically outsold all of its major competitors since launch in 2002.

Additionally, with the recent introduction of the 2.7 litre diesel engine into the XJ Long Wheelbase, Jaguar has now become a strong competitor in the UK’s ever expanding chauffeur market. In fact, Jaguar will shortly be launching a dedicated programme targeting chauffeuring companies in the UK.

In London alone, over £36 million was spent last year on chauffeur vehicles making it one of the strongest sectors of the luxury car market. The petrol-powered XJ Long Wheelbase costs significantly less than its nearest competitor, so with the addition of Jaguar’s economical diesel engine in the lightweight aluminium XJ, it becomes an even more attractive proposition.

Jaguar dealers have also been praised by corporate customers in the seventh annual Sewells Fleet Operator Attitude Survey. The Jaguar dealer network was rated highest among customers recording a 74% satisfaction rating against an industry average of 67%. Jaguar dealers came out on top when considering initial expression of interest, vehicle delivery and aftersales service.