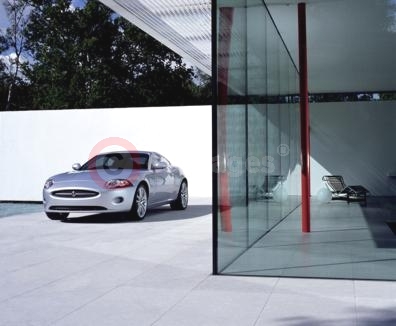 The new Jaguar XK has picked up a major reader award as 'The Most Exciting Car to be Launched in 2006' at the prestigious What Car? Car of the Year Awards, held in London last night. Thousands of readers of What Car? and the woman's glossy magazine Eve voted the new XK top of 10 cars not yet on sale, but due to be launched in 2006.

Steve Fowler, Group Editor of What Car? magazine, commented: "This clearly demonstrates the affection that the British public still has for the brand and the excitement when a new Jaguar sports car is around the corner. We're looking forward to giving our own verdict on the car in the coming weeks and maybe this is a good indication for the 'What Car? Car of the Year in 2007."

Bibiana Boerio, Managing Director of Jaguar Cars, said: "We are delighted with the very positive reaction the XK is creating already in advance of it's launch. We've already had plenty of advanced orders and we're now looking forward to building on this when the XK goes on sale in the Spring."

The new XK goes on sale from mid March and customers can now place orders for the new model at dealers, with prices starting from £58,995 for the Coupe and £64,955 for the convertible.

The global public debut of the new XK coupe took place at the Frankfurt Motor Show in September 2005 and the XK Convertible made its public debut at the NAIAS Detroit Motor Show earlier this month. Even before going on sale the new XK has already been awarded the Engineering and Technology Award at the prestigious Prince Michael International Road Safety Awards. It was recognised for an all-new industry-leading feature - the pedestrian deployable bonnet.