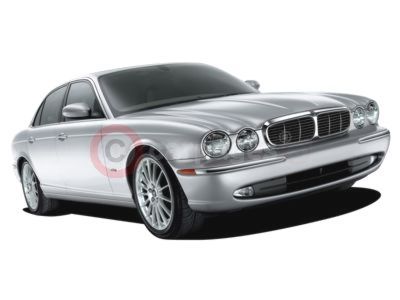 The Jaguar XJ has picked up the award for Best Luxury car in the 2006 Fleet World Awards for a third consecutive year. The trophy was presented at a special ceremony held at the Royal Automobile Club, Pall Mall on Thursday 18 May.

Managing Director of Jaguar in the UK, Geoff Cousins said: "We are honoured to win this award for the third year running, and particularly pleased that it is the diesel engine that has impressed so soon after going on sale in September last year. With XJ sales up almost 40% on last year in the UK, and 55% of these are diesel sales, introducing a diesel derivative to the XJ range has certainly been a great success."

In the UK, the Jaguar XJ boasts just over 20% share of the large luxury segment and has historically outsold all of its major competitors since launch in 2002. Growing sales figures in 2006 demonstrate that the XJ is a car that continues to attract more and more buyers.

Commenting on the award, George Emmerson said: "To a fleet manager the term 'Luxury Car' often means the car for the Managing Director over which fleet managers often have little input. However, the Jaguar XJ is a popular choice for the very senior staff and being a previous winner of this segment, fleet managers can have no qualms whatsoever regarding anyone choosing this vehicle as it is a truly first-class package in every respect."

Recently, the Jaguar XJ Diesel travelled just over 1,000 miles on just one tank of fuel on a journey from John O'Groats to Land's End. The distance is 840 miles, but the XJ kept going to 1000.2 miles before the tank ran dry - the average fuel consumption hitting 53.5mpg* which equates to 139g/km of CO2. This remarkable achievement is testament to the XJ's inherent technological strengths, which include advanced aluminium body construction and a state-of-the-art twin-turbocharged V6 diesel engine.

Additionally, the XJ was recently voted Best Large Executive Car at the Auto Express Used Car Honours for 2006, where judges were particularly impressed with resale values, reliability, specification and availability.

In April, the sound-deadening technology 'Vibramount' fitted to the XJ Diesel and supplied by Avon was nominated for an innovation award at the Automotive News PACE (Premier Automotive Suppliers' Contributions to Excellence) Awards in New York. 'Vibramount' has helped the XJ Diesel gain its reputation for world-class smoothness and quietness by countering engine movements to eliminate vibration and noise. Refinement has been improved whilst allowing ride and handling to be optimised.

From the introduction of the XJ 2.7 litre V6 turbodiesel engine to a host of other groundbreaking advances for every model, such as acoustic laminated glass and Bluetooth wireless connectivity, the new 2006 XJ will keep Jaguar at the forefront of the premium saloon market.

*Readings from the Jaguar on-board computer.

After setting off from John O’Groat’s with the XJ’s 18.7 gallon (85-litre) tank full, the team of five rotated driving duties between them every 60-90mins and the XJ was always carrying a passenger for safety.