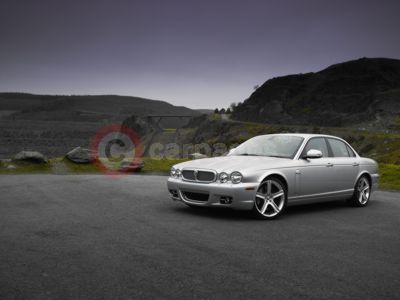 The Jaguar S-TYPE was voted runner up in the ‘Best Executive Car’ category, while the XK came second in the ‘Sporting’ category. A panel of experts from Auto Express judged the entire second-hand market to reveal the best used models that money can buy, taking into consideration everything from resale values, reliability, specification and availability.

The Jaguar XJ, which first hit new car showrooms in 2003, was chosen because of its excellent value, great driving dynamics and strong image. Another winning factor was the comparatively low running costs due to the lightweight, all-aluminium construction of the XJ. The diesel version launched in 2005 is particularly strong, demonstrating its credentials last year by covering 1000.2 miles on a single tank of fuel - the average consumption hitting 53.5mpg* which equates to 139g/km of CO2.

Paul Stauvers, Used Car Sales Manager at Jaguar Cars said: “I am delighted the XJ has won this award for the second year running and equally pleased to see that the S-TYPE and XK have come second in their categories. With a strong Approved Used Programme in place creating confidence in Jaguar Approved cars within the dealer network, our dealers are able to provide customers with an attractive and competitive used car proposition.”

Jaguar has further strengthened the XJ with a range of visual changes, technological advances and additional features on all models for 2008 Model Year, revealed for the first time at Geneva Motor Show in March.

An all-new, distinctive design for the XJ’s front includes a new bumper with revised upper and lower mesh grilles and a new Jaguar Growler badge, giving the 2008 model an unmistakably purposeful appearance. This look is complemented by new side power vents to match those introduced on the beautiful XK, lower body sills and a subtle rear aero spoiler. Over the vents new door mirrors carry integrated indicator lights while upgraded alloy wheels add to the sporting appearance of the 2008 Model Year cars.

Since its launch, the model line-up has been extended to include the XJ long wheelbase, the special edition XJR Portfolio, the XJ armoured vehicle and the recently introduced XJ long wheelbase diesel.

The XJ has scooped a number of awards since its launch and most recently, the 2.7 Diesel was named the greenest luxury car on Britain’s roads in the Environmental Transport Association’s 2007 Car Buyers Guide. Other most recent notable awards for the XJ include ‘Best Luxury Car’ at the 2007 Business Car Awards and ‘Best Luxury Car’ for the XJ Diesel at the 2006 Fleet World Honours.