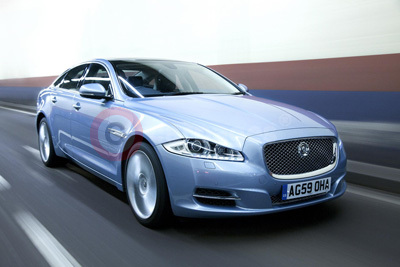 Sales of the new Jaguar XJ, which arrived in dealers at the end of May, have helped Jaguar to a great sales result for the first half of 2010, along with a strong performance for XF and XK.

In its first full month on sale, the XJ has taken the market lead outselling the Mercedes S Class and BMW 7-Series¹.

Geoff Cousins, Managing Director, Jaguar UK said: "Like the XF, 60 per cent of people that have ordered an XJ are new to the Jaguar brand, with owners of premium German brands proving to be the keenest to buy an XJ. This highlights just how well the XJ has been received among Britain’s leading businessmen.

“The modern Jaguar showroom is now complete – with the new XJ joining the XF and XK in UK showrooms during May. We have got off to a great start, with more than 600 new XJs already on the road in the UK and customer deliveries now starting in earnest.”

3. Sales include XF, XK and XJ compared with the same period in 2009. The X-type has been discontinued.