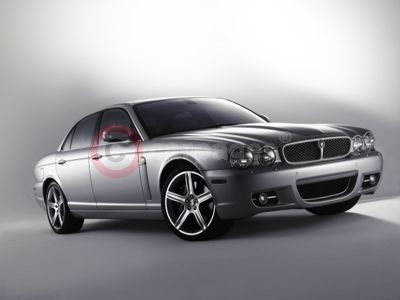 Following on from our Jaguar XJ review we were pleased to see that it has scooped two major used car awards affirming its place as the best luxury used car on the market. The company’s flagship model staved off competition from rivals Audi and BMW to scoop the awards from leading magazines What Car? and Auto Trader.

A panel of experienced judges with a broad depth of knowledge of the used car market were responsible for naming the XJ, What Car? Best Luxury and Executive Car of 2007. Citing its lightweight aluminium construction, powerful V6 automatic and opulent interior, the panel concluded that the XJ is one of the most advanced cars on the market today, making it the natural choice to top this category.

Commenting on the win, the What Car? Judges said; “The XJ is a great car when it’s new, and at used prices it’s a steal. It’s fast, frugal, comfy and very well built – a testament to the British Jaguar workforce. They should be very proud.”

It was readers of Auto Trader and viewers of ITV4’s Used Car Roadshow who selected the XJ as the winner of the Luxury category at the first ever Auto Trader Used Car Awards. The motoring public were asked to vote for their favourite cars, rating them across a number of criteria including comfort, image and driving pleasure. Almost 7,000 votes were polled for over 200 cars and with the help of online research specialists eDigitalResearch a shortlist of just 18 vehicles was derived.

Collecting the award Paul Stauvers, Used Car Sales Manager, Jaguar UK said: “It is fantastic that the XJ has been recognised by the public as a great used car proposition within the luxury sector.”

Since its launch in 2003, the XJ model line-up has been enhanced to include the XJ long wheelbase, the special edition XJR Portfolio, the XJ armoured vehicle and most recently the XJ 08 Model Year, featuring a revised exterior design and significantly upgraded interior.

Geoff Cousins, Managing Director, Jaguar UK welcomed the awards; “I am delighted that the XJ continues to receive recognition from the motoring fraternity and public alike. The all aluminium XJ originally launched in 2003 is a fantastic car which offers customers the craftsmanship and refinement they have come to expect from a Jaguar, it continues to do well both with used and new car sales.”

This is the third such award the XJ has taken home this year having been named the 'Best Large Executive Car’ at the Auto Express Used Car Honours 2007, in April.