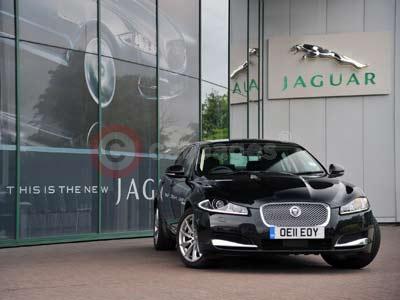 The new Jaguar XF with a 2.2 litre four cylinder engine has completed an 816 mile journey from Castle Bromwich in Birmingham to Munich on one tank of diesel.

Andy Whyman, Chief Programme Engineer for the Jaguar XF, who met the car on arrival in Munich, commented: "The entire development team is very proud of what the new XF 2.2 has achieved - this not only proves the efficiency of the new model but underlines that performance and economy can be combined."

The Jaguar XF 2.2 litre diesel engine produces 190PS and 332lbs ft of torque, giving a 0-62mph time of 8.5 seconds with a top speed of 140mph, with CO2 emissions of 149g/km. The engine is mated to an 8 speed ZF automatic gearbox with Stop-Start, the first time the technology has featured on a Jaguar.