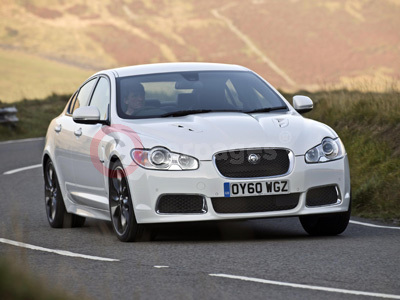 The Jaguar XF was crowned 'Best Executive Car' for the fourth year running at the What Car? Awards, held in London last night.

"We're delighted the XF has won this prestigious What Car? Award for the fourth year in succession," said Geoff Cousins, Managing Director of Jaguar Cars UK. "In terms of sales, 2010 was the best ever year ever for the XF. Sales of the model were up 25 per cent in 2010 versus 2009, and that's the third consecutive year of growth. The XF has been a resounding success since it was launched in 2008, and it's great to have that recognised by the media.We have sold more than 100,000 examples of the XF worldwide and it continues to attract new customers to the brand."

What Car's Editor in Chief Steve Fowler commented: "This is the fourth year running the XF has won our best executive car award, and this year it has had to work harder than ever to beat its rivals."

"We love everything about the XF: it looks fantastic, drives brilliantly and makes real financial sense, too."

This fourth What Car? 'Best Executive Car' accolade takes the Jaguar XF's tally of international awards to more than 80 since its launch. It is probably the most crowned luxury car around the world.

Elsewhere in the Jaguar range, the introduction of the all-new Jaguar XJ in 2010 has only built on the success of the Jaguar XF. It is a landmark, flagship executive car from the revitalised Jaguar brand. Already the Jaguar XJ has received more than 20 international honours including 'Luxury Car of the Year' from Top Gear (UK), 'Best Luxury Car' from China's Auto News, 'Annual Limousine King' from Quattroroute (Italy), Automobile Magazine's '2011 Design of the Year' and 'Best Executive Sedan' at the Bloomberg Awards (US).