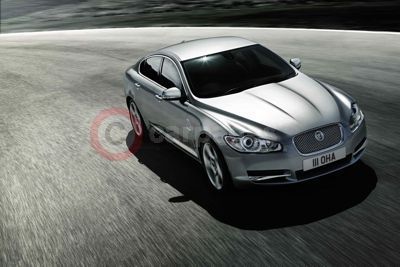 The new Jaguar XF has won the 'Design Award' at the Autocar Awards 2007 which took place at The Royal Horticultural Halls in London last night. This prestigious prize is part of Autocar's annual tribute to outstanding achievements within the automotive industry and the people who work in it.

Ian Callum, Jaguar's design director, picked up the award commenting: "This is the first time Jaguar has won this highly respected Autocar award for a production car and I'm absolutely thrilled it has been given to the new XF. It's wonderful to receive recognition for our efforts within the industry and from our ultimate critics – the motoring media."

Editor of Autocar Chas Hallett said: "What most impressed Autocar's judging panel is Jaguar's success in producing a car that looks elegant, graceful and 'Jaguar-like'. This is a car, we believe, of which Sir William Lyons, founder of Jaguar would thoroughly have approved."

Available to order now, the XF made its public debut at the Frankfurt International Motor Show in September and is officially on sale from March next year.

Priced from £33,900 for the 2.7-litre diesel luxury, buyers of Jaguar’s new sports saloon will enjoy class-leading residual values* in addition to owning a very well-equipped vehicle with a driving experience that matches the excitement of Jaguar's bold new design language.

Other notable awards for the XF include 'Most exciting car to be launched in 2007' voted for by readers of What Car? magazine and 'Interior of the Year Award 2007' from CAR magazine.

Jaguar last won this accolade in 2001 for the R-COUPE concept, another design led by Ian Callum.