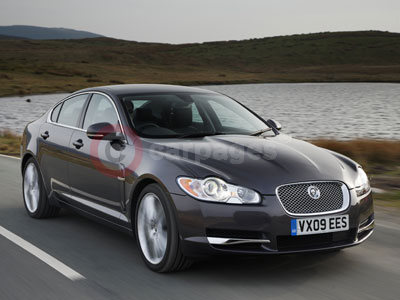 Jaguar more than doubled sales of the Jaguar XF model in the UK in December 2009 - rounding off two years of unprecedented sales success for the newest addition to the Jaguar range. Total UK sales for the Jaguar range are up 63% year on year for December.

Geoff Cousins, Managing Director, Jaguar UK said: "The launch of the XF has been a huge success for us in the UK. Nearly 60 per cent of owners in the UK are new to the Jaguar brand, with owners of premium German brands proving to be the keenest to buy an XF.

"The last part of 2009 saw seven months of consecutive sales growth2 for the XF in the UK, and while market conditions have been challenging, XF has steadily grown market share. We also ended 2009 with an order book bursting with new customers wanting an XF during 2010. After nearly two years on sale in the UK that is a remarkable result."

Geoff Cousins added: "As X-Type production came to an end during December, we have experienced a very successful run-out of this model with sales up as customers rushed to grab the last few cars to come off the production line. The sale of the last of our outgoing XJ models also helped contribute to an overall increase in sales of 63 per cent in the last month of the year compared to 20083."