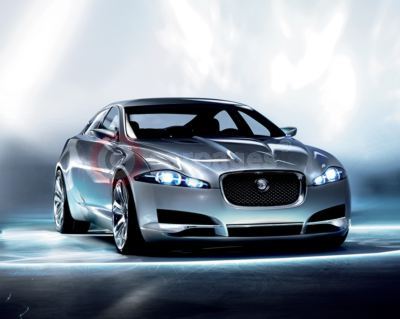 Designed and built in the Midlands by the same teams that produced the award-winning Jaguar XK sports GT range in 2006 - the C-XF concept is a precursor to cars that will become recognised for their ground-breaking exterior looks and innovative interiors.

Geoff Cousins, UK Managing Director said: "This stunning new concept from Jaguar is another step in the right direction for us. The outstanding success of XK in 2006 and the increase of XJ sales by 25% proves that sales are growing for our higher end vehicles reflecting our movement of resources to keep in line with our strategy for higher margin business."

Jaguar has recently announced its next new saloon car will be named the Jaguar XF which will be revealed for the first time at the Frankfurt Motor Show in September this year.

The Jaguar XF will be built at Jaguar's state-of-the-art manufacturing facility at Castle Bromwich, Birmingham where the XK is currently produced. Both cars were designed and developed at Whitley Product Development Centre.