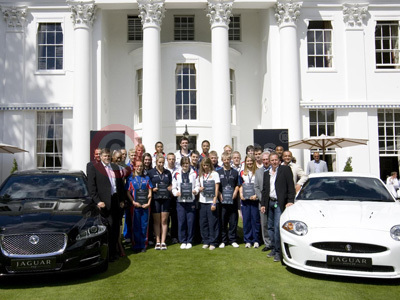 The 35 athletes were chosen after a rigorous selection process conducted by SportsAid, which administers the Bursary Fund on behalf of the Jaguar Academy, with the final decision being made by the Patrons and Ambassadors of the Jaguar Academy of Sport, some of the nation's most successful sportsmen and women.

The 35 successful young athletes are aged between 14 and 24 and have been drawn from all over the country, representing 19 English counties, Scotland and Wales. They represent a total of 30 sporting disciplines all of which are Olympic and Paralympic sports.

The Jaguar Academy of Sport has been established with the intention of not just providing funding to the next generation, but also nurturing and inspiring them. As such the best performing of the 35 young athletes will be topped-up with extra funding and will be presented with a prestigious Award by the Patrons at the Jaguar Academy of Sports Awards in November 2010. There will also be opportunities during the year for the young athletes to be mentored by the Patrons and Ambassadors.