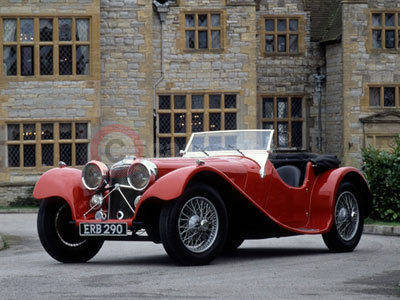 This year marks the 75th anniversary of the Jaguar name, and 75 years of looking forward, designing and building cars that represent the very best of technical innovation, design leadership and sporting success.

Mike O'Driscoll, Managing Director of Jaguar Cars, said: "In 2010 we celebrate our past, and 75 years of designing and building cars that celebrate the art of automobile making. We're also celebrating the promise of the future, and the introduction of the all-new XJ. In just three years we've completely revitalized the Jaguar line-up with the launch of three beautiful fast cars".

Just a few years ago Jaguar set out to re-make the brand and to revitalize the model range. It started in 2008 with the introduction of the all-new award-winning Jaguar XF. This four door, five seat car has the looks of a coupe and the heart of a sports car. In 2009 Jaguar re-engineered the Jaguar XK coupe and convertible, and in the process created one of the world's great grand tourers. And, 2010 sees the beginning of sales of the ground-breaking Jaguar XJ, which incorporates all of the virtues that make a Jaguar.

Mike O'Driscoll added: "The development of our new range of cars is all part of making Jaguar the modern, sporting company that it was under our founder Sir Williams Lyons - a company that made its name creating cars that were innovative, exciting and always original."

Ian Callum, Jaguar Design Director, said: "Jaguar design over the next 75 years must respect and reflect on the past 75 while continuing to push boundaries of technology, luxury and sporting style. Designing cars with a presence that demands a turn of the head and an allure that pulls at the heart has been central to the Jaguar brand throughout the years.

"A successful piece of design should stand the test of time, holding it's own through passing fashions. Jaguar has a range of cars that are as iconic today as they were when launched - testament to Jaguar's legacy in creating beautiful fast cars.

"Looking at the present with the XK, XF and all-new XJ and with an eye on the future, we will continue to innovate and set the benchmark, not only in automotive design, but in luxury premium design as a whole."

Sir William Lyons founded Swallow Sidecars in 1922, and went on to create a range of 'SS' branded motorcycle sidecars and automobiles in the 1920s and early 1930s. When it came to the launch of the all-new SS 100 in 1935, Sir William wanted a new and evocative name for his company. After asking his advertising agency for suggestions, Sir William chose 'Jaguar', and the SS 100 model became the world's first Jaguar.

The 'Jaguar' name was an ideal choice - it represented the feline grace and elegance, power and agility that set his cars apart. Sir William once said that a car "was the closest thing we can create to something that is alive", a sentiment that has stood the test of time. The new brand name captured the essence of all of the cars created from that point forward.

Over the years Jaguar has built some of the world's most iconic cars; the Jaguar XK120, introduced in the late 1940s, was an instant sensation and the most glamorous sports car of the period; the C Type and D Type race cars that followed, dominated motor racing in the 1950s; the E-TYPE, launched in the heady 1960s, has been called the most beautiful car ever built and it defined a whole generation. Sports cars have always defined Jaguar, but the Company has also built some of the Industry's most memorable saloons, such as the Mark II in the early 1960's and the renowned Jaguar XJ range.