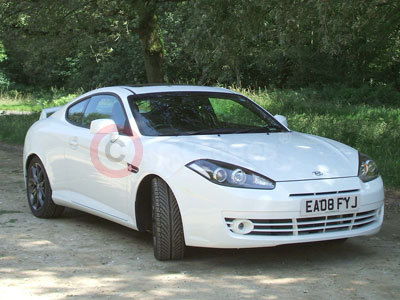 Hyundai is understandably proud of its new Coupe, the SIII. Easily the most recognisable in the company’s stable and now in its third generation (hence SIII), it is hoped that it will build on the past incarnations that have attracted well over 43,000 customers, since it was first launched in 1996.

Originally, the US design featured a variety of curves, some of which, it has to be said, were a little hotchpotch in their application but the overall impression was one of a sporty-looking coupe and with bargain prices, it was sure to be a winner.

Then, in 2000, the Coupe was smartened up somewhat. The curves were still there but the sharp swage lines gave a sharper, more consolidated impression. The waist was pulled in and shark-like gills appeared behind the front wheels. 2005 saw a further facelift but the styling changes were more subtle, in keeping with the trend at the time.

The Coupe SIII, changes are also subtle and although the company describes the new car as having undergone a complete exterior re-design, there are still elements that have been carried over, as far as I can see. That said, the front end does have a new but familiar face. The headlights have been elongated and there is a new front bumper, grille and fog-lights. It looks even more focused and even a little menacing.

From the side, it looks much the same as the most recent model except that the ‘gills’ have been replaced by smaller vents that incorporate the indicator repeater lights. At the rear, the lights have been restyled but the boot lid appears to be unchanged and has the same spoiler but the bumper is more rounded and sculpted with a diffuser-effect ‘cut-out’ that exposes the reshaped, twin tailpipes.

I have said that it is easily recognisable but that was more the older version, which was very distinctive. The New Coupe is a little enigmatic and to prove the point, a month or two before testing the TSIII, I saw one on the road. It was sleek, black and looked very low. As it approached from behind, I couldn’t figure out what it was. I was none the wiser when it drew alongside and it wasn’t until it had passed, that I saw the badge on the back and was surprised at how well it compared to some of the more expensive coupes on the road. In fact Hyundai tells us that, in the UK, the Coupe outsells the BMW 3-series Coupe and the Mercedes Benz CLK.

This is a 14-year+ news article, from our Hyundai archive, which dates back to the year 2000.

Hyundai Coupe Images may not be UK specification cars. Colours and exterior and/or interior elements may differ from actual models.