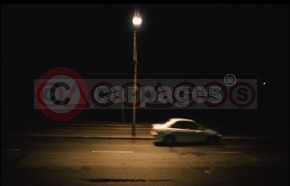 Save energy, save power, save fuel

A television set switching itself off while a man falls asleep is an unusual way to advertise a car brand. Honda’s new advertisement – which breaks on Friday 20 June – also features a tap turning itself off after a man has finished brushing his teeth and lights which turn on as a train arrives at a platform.

Yes, the sequel to the Honda Accord 'Cog' advertisement is just as intriguing as the ad showing parts of a car knocking into each other. Once again, Honda and its advertising agency Wieden + Kennedy have chosen to do things differently.

The everyday scenes featured in the new advertisement demonstrate intelligent use of energy, but there is no obvious car connection. Or is there?

The new advertisement is designed to show the benefits of Honda’s new Integrated Motor Assist system fitted to the Civic. The IMA system also uses energy intelligently, switching off the petrol engine when not required and using electric energy to enable it to operate more efficiently (achieving almost 60 mpg with supremely low exhaust emissions).

The challenge was to demonstrate this ground breaking technology, but in a way which did not baffle the public with scientific facts and figures. Similarly Honda was well aware that it did not want to come across as too 'worthy' in its advertising, even though IMA technology is potentially a great benefit to society as a whole. The challenge was to intrigue people with a new kind of power source, and get them to question why and how we currently use energy.

Matt Coombe, Marketing Communications Manager of Honda UK explains, "The whole aim of the ad is to show what we have termed 'sympathetic power', or power serving people. It is about energy saving and future technology and the ultimate aim of the commercial is to get people to feel differently about the Honda brand. Actually it is a very different kind of commercial from the previous one. Instead of featuring the product or parts of the car, this ad is all about the Honda brand, and how the company has created this important new technology.

"Ultimately we want people to consider IMA in the same way they might consider Dolby when buying a stereo, or 'Intel inside' when purchasing a PC," he adds.

The 60 second commercial will break on Friday 20 June with a slot during A Touch of Frost (22.10 LWT). Thereafter it will appear extensively on independent television channels during the next six weeks. It will be accompanied by a 30 second shorter ad for a period of two months before a press campaign launches in August explaining IMA in more detail.

The ad was directed by Peter Thwaites at Gorgeous - and art directed and written by Kim Papworth and Tony Davidson.