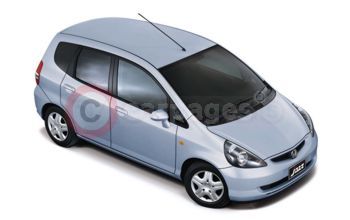 The Honda Jazz has been voted Britain’s most satisfying car, in a survey of the top 100 cars among more than 37,000 Auto Express drivers.

Readers of the magazine not only voted the Jazz best car overall (and the only one to achieve a score better than 90%), but also placed the baby Honda top for practicality, build quality, reliability and running costs. More than 98% of respondents said that the Jazz had lived up to their expectations, with just 2% reporting a breakdown.

Honda S2000 owners were thrilled too. They voted the two-seater best sports car of all, more satisfying to own than a Porsche Boxster or 911 – and third overall in the survey. Some 97% of owners said that the car had matched all expectations, with more than four out of five owners saying that they would buy another. The S2000 was also voted best overall for performance and braking.

As a marque Honda emerged fourth in the survey, up from eighth in 2003. High satisfaction scores were also achieved by the new Accord (86.7% / 11th), CR-V (85.7% / 14th) and Civic (84.7% / 24th). The survey incidentally revealed that CR-V owners are the least likely to change their car, with the model achieving the highest average length of ownership.

"Our Driver Power Survey is the biggest and most comprehensive UK reliability and satisfaction survey, the only one written exclusively by British car owners. Some 37,000 readers participated, making the 2004 Driver Power report the biggest to date. Although it shows that many car makers are improving their act, some are still failing their customers," he added.

The full results of the survey are published in the Driver Power 2004 special issue of Auto Express, 24 March.