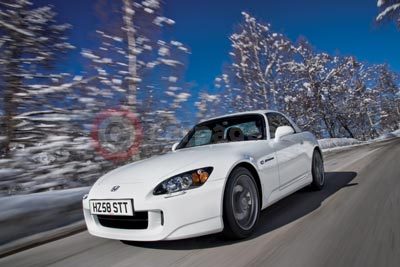 After ten remarkable years, the award-winning Honda S2000 reaches the end of its life this summer, with the last ever car rolling off the line at Suzuka, Japan in June 2009.

"After exciting drivers for a decade, the Honda S2000 goes out on a high and will always be remembered as a raw, exhilarating, performance car," said Tom Gardner, Head of Marketing, Honda (UK), "It was only ever designed as a limited edition to celebrate Honda's 50th birthday in 1999, and now it's time to focus on new technologies and the sporty derivatives these can offer."

Since its UK debut in 1999, the Honda S2000 has always been a drivers' car, hailed for its engaging drive on and off track, both of which are reflected by the numerous awards the car has won. Its 240PS 2-litre engine remains one of the highest output per litre and highest revving engines ever made. In recognition of this it has won the International Engine of the Year five times in its lifetime, as well as Auto Express Best Sports Car for three consecutive years plus a whole host of other awards.

Only 100 of the special edition roadsters will be sold in the UK, as the name, Edition 100, suggests. It will retain its highly acclaimed 2.0 litre 9000rpm VTEC engine and combines it with a Grand Prix White body and graphite effect alloy wheels. The new paint job evokes memories of Honda's first F1 car from 1964 as well as many sporting models since. The exterior colour, dark metal alloy wheels and a unique black Honda S2000 badge give the timeless roadster a fresh look.

Inside, red leather interior, red stitching on the gear lever gaiter and aluminium gear knob that's unique to the model, complete the racing look. Edition 100 models will be marked out by their individual numbered plaques on the kick-plates, denoting their position in the final series.

Honda S2000 Images may not be UK specification cars. Colours and exterior and/or interior elements may differ from actual models.