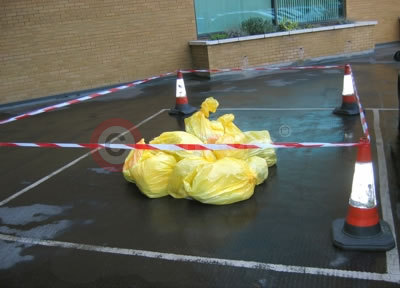 What if the nation reduced its waste to landfill by 35 per cent? It’s a question associates at the Honda (UK) head office are asking after doing just that - only three months into a recycling campaign.

An initiative to reduce office waste was launched in September by members of the Honda (UK) Green Forum - a group of associates formed to promote, educate and raise awareness of environmental issues. The Forum recognised that the Langley-based office was producing the equivalent weight of nearly 60 Accord Tourers in annual contributions to landfill, so it kick-started an internal recycling system using colour-coded bins.

The Green Forum removed each associate’s individual wastepaper bin - an inconvenience for staff at first - they now have to walk on average an extra 15 miles per year to reach the recycling bins on each floor. But what if everyone in the UK was walking an extra 15 miles each year? What might that mean for the health of the nation?

The direct results of the Honda (UK) recycling initiative are easier to measure. In November 2005, the Langley office recycled 6.4 tonnes of rubbish. That means its total waste to landfill was reduced by 35 per cent.

If the UK reduced its yearly total waste to landfill - a monstrous 435 million tonnes - by the same percentage, that could mean a reduction in waste of around 150 million tonnes, the same weight as 450 Empire State Buildings!

John Kingston, Environment Manager, Honda (UK) said: "This is a remarkable achievement in just a few months of operation, and the figure of 35 per cent is going to grow as associates adapt their habits. This kind of initiative is in line with Honda in the UK Manufacturing’s objective to reduce its contribution to landfill to zero per cent by 2010."

To further deliver the environment message, this week The Green Forum offered a free lunch to associates travelling to work by bicycle, motorbike, train or bus, and those involved in a car share. In conjunction with the Energy Saving Trust, it also gave out energy efficient light bulbs.