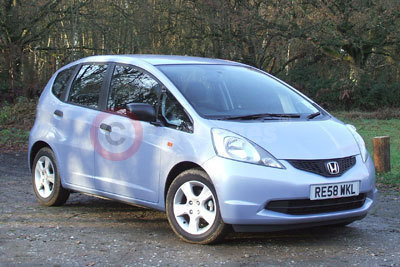 The old Honda Jazz has been at the top of the tree since its launch in 2002 and the company is eager to reassure us that new Honda Jazz is the same only better.

This was a car that appealed to a wide range of customers, from driving instructors to little old ladies and even at the end of its production, the Honda Jazz still held third place against its competitors. Such is its attraction that it has been at the top, or thereabouts, of the sales charts every year, selling over 2 million, worldwide and picking up over 30 awards along the way.

Although the new version went on sale in October 2008, there has been little or nothing in the way of advertising. This is not an oversight on the part of Honda but rather that it doesn't need to because historically, over half of the people who bought the previous model, signed up for more of the same and are expected to do so again. Moreover, they were not shy about spreading the word to friends and family.

I can put my hand up to that, too, as the previous Honda Jazz impressed me, when I last tested it a couple of years ago. So what has changed?

Quite a lot, actually but it has been done so well that the end result seems more like a facelift than major surgery. For instance, at first glance, the new car simply looks as if the body panels have been re-profiled. This is true but a closer look reveals a new emphasis on the wedge shape, and that the windscreen is pushed further down the pedestrian-friendly bonnet, in a so-called 'cabin-forward' layout.

The front end has a vague hint of the Honda Civic about it with new, larger headlights and a honeycomb grille set into the deep font bumper. At the other end, the new LED taillights and black gloss trim that carries the Honda logo, serves to extend the angled, lower edge of the windscreen. The tailgate narrows near the rear bumper and appears to limit the load aperture. This is definitely an illusion as it is capable of swallowing an ATV - I would not have believed it, had I not seen the pictures.