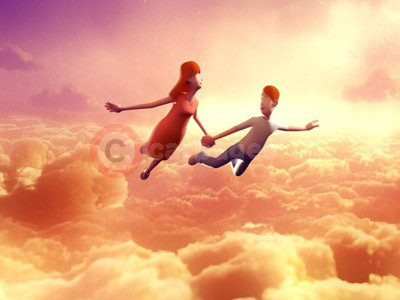 Honda continues its tradition of creating ground-breaking advertising campaigns by introducing, for the first time ever, an App with the functionality to enable users to 'play' with a commercial using a mobile phone, in real time.

Created to celebrate the launch of the new Honda Jazz, the App uses innovative technology to allow viewers with an Apple iPhone to 'catch' animated characters as they appear on screen in Honda's new TV advert 'This Unpredictable Life'.

It's the first time the screen-hopping technology has been used with a commercial, which debuts on 1st February 2011 (at around 21.45 on ITV1 and Channel 4). The TV spot will also be broadcast from Honda's YouTube channel.

The free-to-download iPhone App (called 'Honda Jazz - This Unpredictable Life', available from The iTunes Store) will give viewers the chance to actively collect up to seven characters and objects that feature in the TV ad, as they seemingly 'hop' from TV screen, computer or another iPhone onto the user's device. Users can then interact with each of the stars of the film, for example, a toy space monkey can be made to dance by singing into your phone.

'Honda Jazz - This Unpredictable Life' was created by Wieden + Kennedy and Nexus, the team that launched Honda's multi award-winning 'Hate Something, Change Something' campaign for its cleaner diesel engines in 2004.

The Pixar-style ad follows a character as he dreamily floats through life, collecting experiences and possessions. The story culminates in a Honda Jazz appearing to mould it’s way around the characters, demonstrating the car's ability to handle all that life has to throw at the modern family.

"It's no surprise that the Jazz is one of the UK's most popular superminis," says Martin Moll, Head of Marketing for Honda (UK). "This new ad campaign reflects the experiences of our Jazz customers, showing how its TARDIS-like interior has the versatility and space to cope with almost anything."

How Does It Work?

The 'Screen Hopping' experience uses advanced audio recognition technology to sync the app with the advert's soundtrack, allowing the user to interact with what's happening in the ad in real time.

This is the first app that allows characters from a commercial to transfer across to another device for them to be interacted with.

Previous attempts in this field have used Augmented Reality markers and QR codes, both of which demand a high degree of involvement from the user. This app, on the other hand, is constantly "listening" to the commercial, thus giving the user a more interactive and 'magical' experience. The app has been designed to be able to work with the film playing back on any device, including via a PC or even a second iPhone with the app installed.

Viewers with fast reactions and a sharp eye will be able to 'catch' and play with up to four characters from the ad, each one with its own fun and engaging attributes, including:

Additionally, there are three mystery objects to be caught in the Vortex scene: