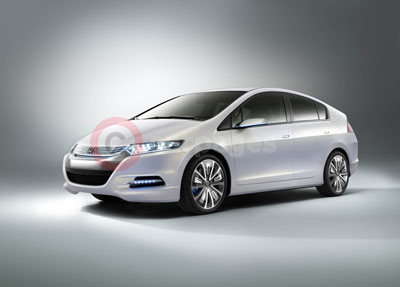 Honda has revealed a concept of its affordable family hybrid car, to be displayed at the Paris Motor Show next month. The production version goes on sale in Spring 2009, and will be priced significantly lower than any other hybrid car on the market, making petrol-electric technology accessible to more people.

The car will be named Insight, reviving the name of the 1999 hybrid coupe – the first production hybrid car to be sold in Europe.
Takeo Fukui, President and CEO of Honda Motor Co. said: “The original Honda Insight launched in 1999, was the pioneer of hybrid technology in Europe and remains an iconic symbol of Honda’s environmental innovation.

“This new Insight will also break new ground by providing an affordable hybrid to an expanded number of customers craving great fuel economy and great value.”

More information on the car will be revealed at the Paris Motor Show, but here’s what we know about the new Honda Insight at this time:

Honda Insight Images may not be UK specification cars. Colours and exterior and/or interior elements may differ from actual models.