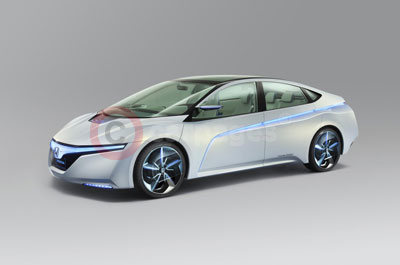 With the news that hybrid cars are set to experience a surge in popularity (Exxon Mobil predicts that half of vehicles on the road will by low-emission by 2040), many are wondering what this will actually mean for the car industry itself. Increased popularity for eco-friendly vehicles will almost certainly result in increased competition between manufacturers, meaning that many will be preparing to go the extra mile and produce the best models possible over the coming years. The fact that consumers are prepared to invest more in their low emission car will also help fund research into new technologies to improve such a car’s performance, further improving the overall quality and appeal of a hybrid vehicle.

In terms of the next generation of hybrids, one company has already had a head start, with the unveiling of their pioneering new motor system. Honda has announced plans to equip all new hybrid models with a unique two-motor system; with two electric motors instead of one, the new cars are expected to be more environmentally-friendly and of a higher quality in terms of general performance.

The cars, part of the ‘Earth Dreams Technology’ project, will work in much the same way as a normal hybrid vehicle, but the twin engines will increase the car’s speed capabilities as well as its power and performance potential. The motors will be in all of Honda’s 2012 plug-in hybrids, and may be included in sports and luxury cars at a later date.

The twin motor aspect of Honda’s new cars may well help rid the hybrid once and for all of its reputation for being less powerful than its petrol engine cousins. While this reputation is generally unjustified (particularly in the newer models which can often by just as powerful as a ‘normal’ car), the fact that car manufacturers are addressing the issue and taking steps to maximise the performance of their low emission models is certain to reassure consumers that they’re not missing out by investing in an eco-friendly vehicle.

Over the coming year, it’s expected that many companies will bring out their own ‘second generation’ hybrids, to act as competition for the new Honda model and to capitalise on heightened consumer interest in low emission vehicles. While the initial hybrid models were seen as rather basic, the new versions come with increasingly sophisticated technology, which can only get better as time goes by.

Aside from the enhanced technology, there are plenty of other reasons to invest in a hybrid car. Hybrids are traditionally cheaper to run, particularly in terms of how much petrol they require compared to their regular counterparts. Hybrid are also eligible for discounts from road tax and most insurance companies, meaning that their average yearly cost is significantly lower than for another type of vehicle. Also for Londoners, there’s an even bigger advantage: low emission vehicles are exempt from the congestion charge, making trips across the capital significantly cheaper.

In terms of the convenience of eco cars UK families in particular are expected to reap the benefits. While many busy parents may want to help the environment where they can, the reality is that packed family schedules may make it difficult to do as much as they’d like. With a hybrid car, families can be kind to the environment without having to rely on eco-friendly but inconvenient buses and trains. They’re also ideal for heavy traffic situations such as the school run, where the dual engine prevents unnecessary fuel wastage.

Whichever hybrid model you choose, it would seem that for car lovers the next few months are set to be extremely interesting, in terms of the technology being brought out and the competition between manufacturers. How consumers react to this, and whether Exxon Mobil’s prediction of hybrid dominance by 2040 is accurate, remains to be seen.

This is a 9-year+ news article, from our Honda archive, which dates back to the year 2000.

If in doubt check with your local Honda dealer as car prices and technical data will have changed since 2012.