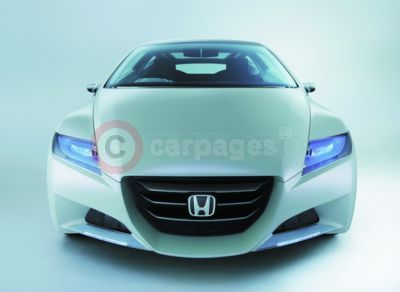 Honda has confirmed plans to bring its most exciting ‘green’ cars into production. The FCX hydrogen fuel cell car and a lightweight, hybrid sportscar will both be built - with a production version of the FCX making its debut next month.

Speaking today, Honda’s President and CEO, Takeo Fukui, announced plans to unveil a production version of the FCX Concept at the LA Show in November. The car will then go on sale in the US and Japan during 2008.

Honda also revealed that a car based on its CR-Z Concept - a compact, lightweight sportscar powered by a hybrid powertrain - would also enter production. This stylish coupe will join Honda’s forthcoming ‘global hybrid’ family car, which is due to launch in 2009.

The announcements mark the beginning of the next generation of environmentally-friendlier vehicles, with both cars boasting sleek, sporty designs likely to appeal to a broader audience.

“Hybrids have always been seen as niche products, and hybrid car design has mostly been based around practicality and versatility,” says John Kingston, Environment Manager at Honda (UK). “The CR-Z Concept looks stunning, and shows that green cars can be sexy and exciting - but also minimise environmental impact.

“The fact that we will be producing cars like this - and the global hybrid - proves that hybrid cars are becoming key volume products within our range. All of this means that Honda will be selling over 1/4 million hybrids a year by 2009.”

The CR-Z Concept follows in the tyre prints of the Honda Remix Concept (seen at the LA Show last year), and the Small Hybrid Sports Concept (debuted at Geneva in March) all of which explore the potential of a compact sportscar that’s exciting to drive, but has minimal impact on the environment. The launch timings for a production version of the car are yet to be announced.