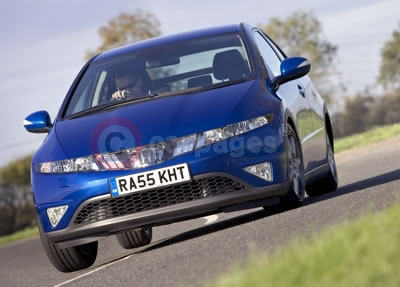 Honda (UK) has confirmed that a high-performance Civic will be launched at the 2006 Geneva Motor Show.

A concept vehicle will be unveiled at the event, giving the public a chance to see how the new beast will look. The Type-R will then go on sale in the UK in early 2007.

The news will be well-received by performance car enthusiasts across the world. The outgoing Civic Type-R (or CTR as it’s known to fans) helped change the image of Honda in Britain. It was fast, thrilling, racy and affordable. As a result, nearly 18,000 CTRs have been sold in the UK.

It’s also good news for Britain and for Honda in the UK Manufacturing (HUM), as the plant in Swindon will be responsible for building the hot Civic.

While technical details on the car are not yet available, the news of a sporting Type-R version of new Civic couldn’t come at a better time; the 5-door Civic has just been launched in Europe to a great reception, and goes on sale in January. It has been praised for its "precise handling", "fantastic" cornering and "confidence-inspiring stability".

And given the bold styling of the 5-door hatch, the Type-R version is sure to be as exciting to look at as it is to drive.