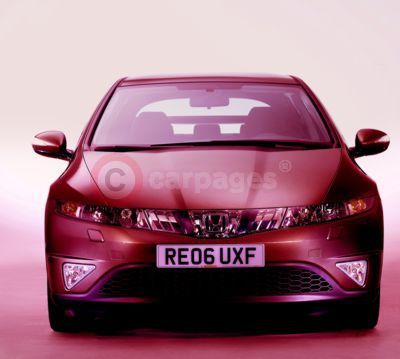 Honda (UK) will be showcasing the new Civic at the 2006 London International Boat Show (6-15 January) alongside an incredible array of products from its marine, car and motorcycle ranges. In addition to Civic, highlights will include a full display of Honda’s four stroke outboard engines, a dedicated Honda Formula 4-Stroke stand and the exciting new Accord.

The Swindon built hatch, which has made the transformation from concept to production model virtually unchanged, wowed the motoring press at Geneva earlier this year. The Boat Show will give visitors the chance to view this exciting model ahead of the British Motorshow later next year.

Honda will use the Boat Show as the launch platform for the international debut of the Honwave R10 Sport, a state-of-the-art 10-metre RIB powered by twin Honda 225 hp engines. This incredible 75 mph craft combines practicality and comfort with sleek styling and cutting edge design. The Honda marine stand (S2705) will also display the Honwave range from 2.4 m to 3.8 m including the ‘Shark Skin’ T38 IE inflatable. As well as the range of inflatables, the stand will exhibit Honda’s acclaimed range of 4-stroke engines, from 2.3 hp to the mighty 225 hp.

Honda is the official car sponsor of the London International Boat Show for the third consecutive year. As well as its impressive marine stand, Honda will take the opportunity to showcase some of its prestigious car and motorcycle products on stand N1815. Heading the line-up will be the hot-off-the-press 2006 Civic and Accord cars, which will be released in the UK on 2 January. Both new vehicles represent the pinnacle of Honda’s engineering acheivements and the London International Boat Show represents their first major public showing. The excellent towing vehicle, the diesel Honda CR-V, will also be on display as will the ever popular Zoomer scooter.

Another first for Honda this year is a stand dedicated to the Honda Formula 4-Stroke powerboat series, the largest offshore powerboat series in the world. Launched in 1999, it now boasts 36 teams across two one-design classes - the 150 hp class and the 225 hp class. Honda’s boulevard stand (B100) will display examples of these incredible craft alongside some of the Channel 4 and Sky Sports television coverage of the 2005 race series. Visitors to the stand will be able to meet current competitors and find out how they can buy and race a boat for as little as £15,000. The stand will be attended by event organisers, press officers and competitors, providing wannabe racers with all the information they need about the series.