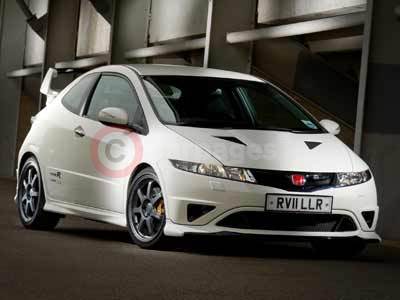 Technicians at MUGEN Euro have announced the Honda Civic Type R MUGEN 2.2, featuring which sees the cylinder bore and stroke increased to give an overall capacity of 2,156cc.

As a result, power and torque are 30% increased over the standard Honda Civic Type R. Engine output is increased from 240 to 260PS with additional torque available throughout the rev range. Peak torque is now 240Nm at 6000rpm.

The new model has been created as a tribute to the Honda K20 2.0 litre petrol engine, which is no longer in production in Japan. The K20 has been the powerplant of choice for tuners and motorsports competitors.

Since MUGEN Euro was formed in 2006, the company's engineers have built or tuned nearly 400 examples for race and rally competitors.

Hiro Toyoda, vice-president of MUGEN Euro, commented: "Environmental pressures mean naturally aspirated engines are rapidly being superseded by other engine architectures and technologies. We may never see the like of the K20 in a mainstream production car again, so felt it only fitting we mark the occasion with this special 2.2 version of the Honda Civic Type R."

With plans for the Honda Civic Type R MUGEN 2.2 yet to be finalised, MUGEN Euro may offer the four remaining 2.0 litre limited edition Honda Civic Type Rs with the reworked engine and existing owners could also be invited to return their cars for an upgrade.