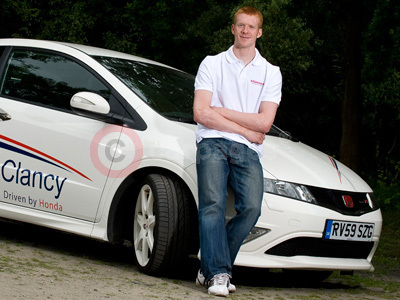 Honda's sponsorship of the Tour of Britain professional cycling race continues this weekend, as the most-watched sporting event in the UK begins in Rochdale on Saturday 11th September 2010.

Honda is the Official Car Partner of the Tour of Britain and motorcycle provider to the Tour's ITV4 mobile television crew, and will be supporting the epic eight day cycle event.

As well as providing national support, Honda car and motorcycle dealers throughout the UK will be supporting each start and finish with vehicle displays as well as handing out Honda goodies.

Steve Kirk of Honda (UK) commented: "Over 80 per cent of the cars we sell in this country are built in Britain - at our factory in Swindon - so it makes perfect sense for us to support this national cycle race with a fleet of cars.

"Cycling has never been more popular in the UK and we're delighted to be involved. We also know a bit about riding on two wheels - albeit the motorised kind - and we're proud that Honda motorbikes have been chosen by the Tour of Britain to be used by mobile camera crews."

The Tour of Britain is the UK's biggest professional bicycle race, attracting more than a million roadside spectators in 2009.

Honda is also supporting British-born rider and Olympic gold medallist Ed Clancy as he takes part in the Tour of Britain, and has launched a competition encouraging entrants to take a picture of themselves or a friend wearing an Ed Clancy mask - one lucky winner will take home a Fujifilm Digital camera.

Additionally, Honda is offering one winner the chance to experience the best of Britain, with a once in a lifetime opportunity to meet British Olympic and World Cycling Champion Ed Clancy, a luxury weekend in one of the amazing 'Hand Picked Hotels' and a drive in the British-built Honda Civic for a year.

There will be full coverage of the Tour of Britain on ITV4 every evening during the event, with hour-long programmes sponsored by Honda from 7.00 - 8.00pm bringing over a million viewers exciting action from the UK's largest professional cycle race.