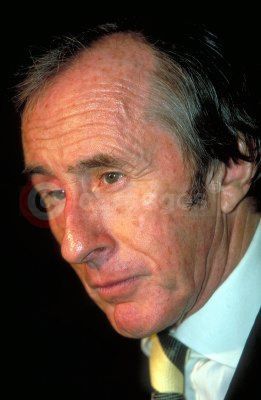 Ford Motor Company is celebrating its 40-year relationship with the legendary Grand Prix racer-turned-businessman, Sir Jackie Stewart, which draws to a close at the end of the year.

Stewart and Ford have agreed to conclude their formal association which began in 1964 when the up-and-coming Scottish racing driver was given his first contract to promote Ford products in Britain. Through the next four decades, Stewart influenced Ford people, customers and products globally, carrying through to the latest Ford, Jaguar, Aston Martin, Mazda and Volvo products today.

“I’m 65 years old and it’s the right time for me and Ford to start a new chapter with new challenges,” said Stewart. “I’m busier now than ever, but serving a global player like Ford the way I have requires an intensive personal time commitment that is becoming more and more difficult to manage among my other commitments. We both believe this is a good time to stop rather than compromise.”

Stewart rose to fame by winning three Formula One world championship titles with Ford power in 1969, 1971 and 1973. He then uniquely transformed his career into that of a high-level consultant to Ford and other top companies world-wide.

The relationship between Stewart and Ford became one of the longest of its kind in modern business history, influencing countless Ford Motor Company products and culminating in 1996 with the development of a Ford-powered Formula One team bearing his name, Stewart Grand Prix.

“Jackie Stewart has made a tremendous impact on Ford globally,” said Edsel B. Ford II, a member of the board of directors and the great-grandson of Henry Ford, founder of Ford Motor Company. “He has been much more than a consultant because he became so immersed in our business and our product-development processes, bringing his passion for excellence, his eye for detail and his charisma to Ford people and customers around the world. Now, as Jackie’s career enters a new chapter, we salute him and thank him for being such a great Ford ambassador.”