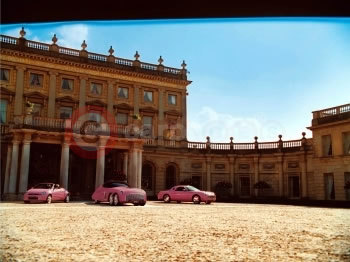 Ford employees flocked to their local Southend cinema last night for an exclusive advance screening of the new Thunderbirds movie out on July 23.

Ford and Universal Pictures worked closely on the film and the same expertise and passion behind the current Ford range went into the design and manufacture of Lady Penelope's FAB1 and other Ford vehicles that feature in Thunderbirds. This enthusiasm continued when more than 1,000 employees and their families nationwide attended one of seven private Thunderbirds screenings organised by the company.

Three were in Essex and the rest in Southampton, Bridgend, Liverpool and Coventry – as close as possible to Ford of Britain's Southampton Transit, Bridgend Engine and Halewood Transmission Plants and Leamington Foundry and Daventry parts depot respectively.

Ford of Britain Marketing Director Steve Hood, who was at the Southend screening, said: "Ford employees in Essex filled the Southend Odeon with their families last night to seize on this exclusive opportunity to see Thunderbirds ahead of its release on Friday. Everyone enjoyed seeing the ten or so Ford vehicles featured, from Lady Penelope's FAB1 to production Focus C-MAX, Mondeo and Transit vehicles. For one youngster, it was the first chance to see his dad's work on FAB1. They all left the cinema in no doubt that the new Thunderbirds film truly is powered by Ford."

Apart from FAB1, other Fords in Lady Penelope's fleet are a bespoke Ford Thunderbird and Ford Streetka – both in signature pink. Also starring in the film are the Ford EX 4x4 concept used in a chase sequence, the TV reporter's Ford Focus C-MAX, a Ford Transit satellite truck and Ford Mondeo police cars.