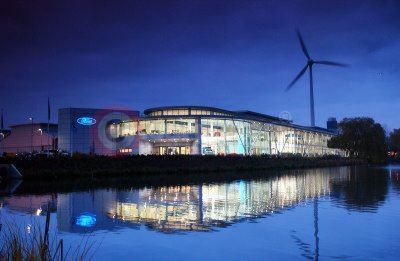 Ford Motor Company is to make a £169 million investment in its diesel engine manufacturing unit at Dagenham in Essex.

This brings to over £550 million the total amount invested at Dagenham since 2003.

This latest investment comes as a result of the decision by Ford Motor Company and PSA Peugeot Citroen to expand capacity for high technology diesel engines as part of the ongoing cooperative agreement between the two companies. This agreement has been so successful that demand for engines will soon outstrip the existing supply base.

Under the new plan, 1.4 and 1.6 litre diesel engine production will be added to the Dagenham Engine Plant from 2007 and, depending on the market and economic conditions prevailing at that time, could create up to 460 new jobs. New production lines capable of turning out around 400,000 engines a year will be installed in the state-of-the-art Dagenham Diesel Centre, opened by Prime Minister Tony Blair in 2003. The Dagenham Engine Plant will, by then, have the capacity to build almost a million engines a year.

Ford of Britain Chairman, Roger Putnam, commenting on the news said: "Dagenham won this investment in the face of stiff opposition from other Ford engine plants around the world. Presently, one third of all new cars sold in Europe are powered by a diesel engine and this figure is expected to reach around 50 per cent - approximately eight million units - by 2006."

Support for the Dagenham investment has also come from the London Development Agency in conjunction with the Learning & Skills Council, who will contribute up to £13.2 million in training grants and from the Department for Trade and Industry, with a £4.5 million grant via its Selective Finance for Investment in England (SFIE) scheme.

Ken Livingstone, Mayor of London, said: "This is fantastic news for Dagenham and the wider Thames Gateway. Ford's substantial investment in its Dagenham facility is a great boost for business in London, proving that the capital is still home to state-of-the art manufacturing.

"The London Development Agency and the Learning & Skills Council London East have agreed in principle to contribute together up to £13 million to this initiative so that 1800 people can benefit from a comprehensive training package. This new investment underlines the commitment of central government and regional agencies to work in partnership with the private sector to re-generate the area. We will continue to work closely together to bring better employment, training and business opportunities for local people in the Thames Gateway and across the capital," he added.