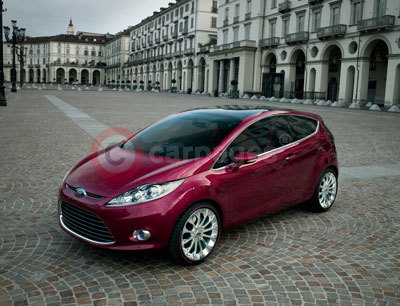 By an overwhelming majority the most exciting car to be launched in 2008 is the Ford Verve Concept according to What Car? and Eve Cars online readers.

In announcing the What Car? Reader Award, Steve Fowler, Group Editor of What Car? said: "The striking looks of Ford’s Verve Concept have clearly struck a chord with whatcar.com and evecars.com users. It received twice as many votes as the runner up, the new VW Scirocco, which bodes extremely well for the Fiesta replacement which will follow the Verve’s style lead when it’s launched later this year."

Collecting the award last night, Mark Ovenden, marketing director, Ford of Britain said: "It's great to get this award – but especially now as we look forward to seeing our exciting new small cars later this year. Recognition for Ford Verve Concept by real customers and enthusiasts suggests we're all in for an exciting year!"

The Ford Verve Concept was unveiled at the Frankfurt Motor Show last year and shows the design direction of future Ford small cars.