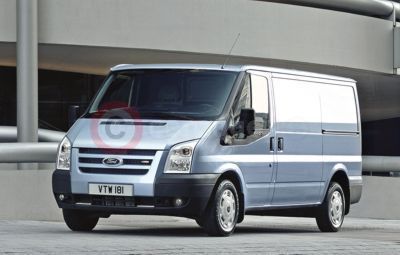 The Ford stand at this year's Commercial Vehicle (CV) Show at the NEC, Birmingham (25-27 April), will be an array of new stars for the commercial vehicle world. A new range of Ford commercial vehicles is being launched across Europe and the new Transit, Transit Connect and the Ford Ranger will all be unveiled for their public debuts.

Football is the theme on Ford’s stand in this World Cup year and if visitors are feeling energetic they can take part in a virtual reality penalty-scoring game - with potential thrills for them and guaranteed laughs for onlookers.

Ford plans to display 26 new vehicles at the Show giving operators the chance to inspect the landmark arrival of the new range at close quarters.

Radio station, talkSPORT, which broadcasts on 1089/1053 AM, will be kick-starting the first public day (Wednesday 26 April) as it presents the breakfast show from the Ford stand. Amongst the talking points on the stand will be replicas of both the World Cup and the European Cup.

The Ford Transit remains by far Britain's most popular van, and the latest changes, the most significant for six years, are designed to keep it firmly ahead of the pack. The vehicle’s fresh exterior styling underlines that this is a thoroughly contemporary commercial vehicle.

Further refinements set to redefine the term "van" include a coded locking system with rechargeable waterproof ignition fob and the option of fitting a Bluetooth kit, cruise control, satellite navigation and leather trim.

There are 60 basic structures and body styles in the new Transit range, which goes on sale this summer. Amongst the 26 new Transits on display one will appear in the livery of British Telecom, which is taking delivery of many examples this year as it updates its 16,000-strong medium commercial Ford-based fleet.

Meanwhile, Show visitors will get a preview of the new Ford Ranger pick-up, which goes on sale in September.

With its rugged, contemporary exterior looks and completely redesigned interior, the Ranger will make an immediate impression, while under the bonnet a new 2.5-litre Duratorq TDCi 143PS diesel engine provides significantly greater power and torque.

Sales of the Ford Ranger have more than doubled over the past five years thanks to its combination of toughness and style, and the new Ranger is tougher still, but also more refined and comfortable.

With its sidewall raised by 6cm the Ranger now offers class-leading loadbox capacity, along with a one tonne payload and towing capacity increased to three tonnes.

Durability, driving quality and go-anywhere ability have been boosted by fitting larger suspension upper control arms and spring bushing, shock absorbers and leaf springs, along with bigger 16inch alloy wheels and all-terrain tyres. There is a new rear stabiliser and improved hydraulic braking.

The 2006 Ford Transit Connect will appear at the NEC in both long and short wheelbase form with a more contemporary look, thanks in part to a redesigned front bumper and grille and a choice of new colours.

The Transit Connect's Euro IV-compliant TDCi diesel engines include a new higher-powered 110PS version in addition to 75PS and 90PS units. The Connect also benefits from a series of detail changes to the interior, particularly on LX versions.

Ford's new commercial vehicle range can be seen on stands 4411 and 4511 at the Commercial Vehicle Show, which runs from Tuesday 25 to Thursday 27 April at the National Exhibition Centre, Birmingham. For Show details visit www.cvshow.com