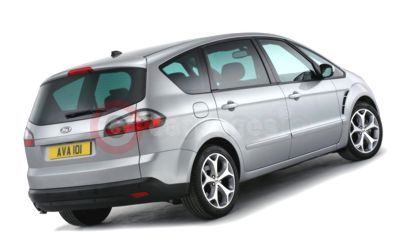 Eurotaxglass, Emmox and CAP all agree that both the S-MAX and Galaxy are very good news financially and are sure to be a big hit with fleet and retail customer when they go on sale in June.

According to Eurotaxglass's forecasting editor, Jason King, the new Ford S-Max 2.0 TDCi Zetec, which he describes as "a very interesting derivation from other large MPVs, and a revelation in the way it handles" - is expected to retain around 42 per cent of list price after 60,000 miles/three years.

The Carcost comparison shows that fuel costs and service, maintenance and repair costs are lower over three years/60,000 miles than those of comparable VW Sharan, Renault Espace, Citroen C8 and Toyota Previa models.

Additionally, the CAP and Carcost figures both show the new seven-seat Galaxy to offer extremely good residual values - beating virtually all of the competition and bettering even the current Galaxy by up to seven per cent.

CAP's national research manager, Martin Ward, says of the Galaxy: "It's not just a facelift, but a whole new vehicle and a big step forward. The quality is much improved and the fold-flat seat system makes it much more functional."

On sale in June, S-MAX and Galaxy are competitively priced, with models starting from £16,995 and £19,495 respectively and both offer low insurance ratings starting from just 10E.