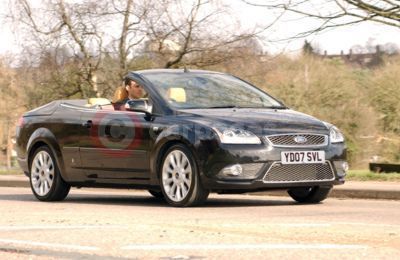 Over 81,600 "07"-plated Ford cars and commercial vehicles were collected from dealerships last month.  March accounts for up to a fifth of total annual vehicle registrations.

Ford is continuing its celebration of 30 consecutive years as the UK's favourite car brand - outselling its rivals every year since 1977.  In the first three months of 2007, customers of the blue oval bought 107,250 cars - 66,700 of those sporting "07" number plates.

This is more than five per cent up on March last year and reflects primarily growing demand for new Ford S-MAX, Europe's Car of the Year 2007, Ford Galaxy and Ford C-MAX.

The balance of Ford's 81,600 "07" registrations is accounted for by blue oval commercial vehicles - mainly Ford's Southampton-built Transit, the International Van of the Year 2007.

The blue oval's share of the total vehicle market year-to-date is almost 17 per cent - half a percentage point up on the same time last year.

Roelant de Waard, Ford of Britain chairman and MD, said:  "Our March performance is a tribute not only to the strength and consumer-appeal of today's Ford products, but also to the hard work and commitment of our dealer network.

And there is much more to come with the arrival of the Focus Coupe Cabriolet, the new-look C-MAX and, of course, the much-anticipated new Mondeo range early this summer."

Ford's previous highest March registrations total was 79,877 vehicles in 2004.  Annual plate changes on March 1 and September 1 were introduced in 1999.