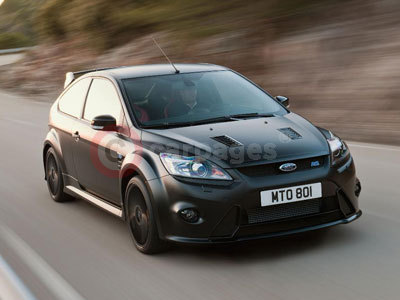 Strong demand for Ford's best-ever product line-up has helped to increase the blue oval brand's UK market lead during March's changeover to the "10" plate. Ford's UK sales lead for the month, and for the year to date, has increased by more than 50 per cent compared with 2009.

Nigel Sharp, Ford of Britain managing director, said: "Ford's success in the crucial plate change month of March is the result of our best-ever vehicle range and the impact of our Spring marketing campaign, which established lower price points for the most popular models. Ford is now over 27,000 car sales ahead of our nearest rival for the year to date, an increase of more than a half compared with the same period last year."

Ford Fiesta and Ford Focus, at the top of the UK sales charts, are supported strongly by the increasingly popular Ford Ka and Ford Kuga models. The Ford range is being strengthened further this month by the introduction of the new Ford S-MAX and Ford Galaxy; the Ford Mondeo, featuring new powertrains; and the powerful new limited-edition Ford Focus RS500. These product actions will be followed by the new Ford C-MAX and Grand C-MAX later in the year, as well as a number of new engine and transmission introductions.

Nigel Sharp continued: "Ford's model range goes from strength to strength and we are working hard with our dealers to make customers aware of the outstanding value provided by these technically advanced and stylish vehicles."

The first quarter of 2010 has seen total sales in the UK car market increase by 131,190 units, compared with the significantly depressed market for the same period in 2009.

With the government's scrappage scheme ending in March 2010, it has been clear to see the boost it has provided to the market since its introduction in May 2009. Ford's scrappage registrations total 43,874. There are some indications of an underlying improvement in UK vehicle sales and the total market in 2010 could reach the 2,000,000 car sales recorded in 2009, which benefitted from the far larger proportion of scrappage sales.

Ford's continuing stream of new model introductions and low CO2 technology mean it is especially well equipped to compete in this uncertain market, providing features that are appealing to both private and fleet customers.

With the introduction of its new Ford S-MAX, Galaxy and Mondeo models, Ford has reduced official recommended list prices, which, combined with the lower CO2 ratings for these new cars, means significantly lower P11D tax ratings. This increases the attraction of these models to company car drivers as well as providing enhanced showroom appeal for private customers.

Nigel Sharp commented: "Ford's declared ambition is to extend this pricing strategy to all future models, until then we will continue to provide industry-leading value across the entire range through our new marketing offer, which provides lower price points across the range, including for the top selling Fiesta, Focus, and Kuga."